From wiki.falco3d.com
Jump to navigation Jump to search

Falco Engine is a free 3D game engine that include a build in C # scripting. The engine has a simple and convenient scene editor to make it more user friendly. 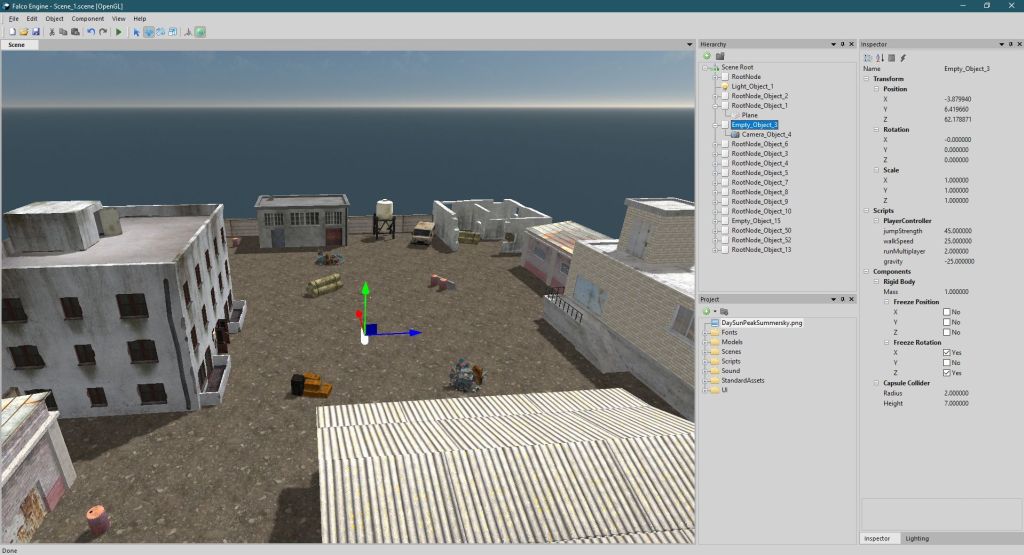 If you ever wanted to create your own game, or to take your C++/C# programming knowledge into the gaming creation filed. Now it is your time. Not is the best time. Take Falco Engine on a test.

If you are a developer, you know that game programming involves a lot of complex math and physics. But why do you want to invent the wheel. Why coding all this if you can use a ready to use engine. Take a look on Falco Engine the free 3D game engine.

It allows you to create scenes by placing and editing objects. The built-in property properties editor is able to extract variables from C # scripts and allows the user to customize them visually.

Falco Engine from the user:
The user has the ability to add various components to objects, such as:
Physics.
sound source.
various types of colliders.
C # scripts.
etc.
The graphics are based on a modified Ogre3D graphics engine, physics on Bullet physics, and sound on OpenAL.
There is a built-in UI editor to make life easier.
Real-time shadows from all types of light sources are supported.
Also, the engine supports FBX format of 3D models. It is possible to import both geometry and animation.
At the moment, the engine is at an early stage of development, the list of engine capabilities will be updated.